What is Anavar Oxandrolone ?

Oxandrolone (brand names Oxandrin, Anavar, Lonavar, others), is a synthetic, orally active anabolic-androgenic steroid (AAS) that first became available as a prescription drug in the United States in 1964. It is a 17α-methylated derivative of dihydrotestosterone (DHT) that has an oxygen atom in place of the carbon at the 2 position.

It’s true that Anavar isn’t one of the most powerful anabolic steroids, but its benefits are also impossible to deny. When we consider the benefits it can provide along with the side effect friendly nature this is one of the better steroids ever made. If you’re looking for as much mass as humanly possible in the shortest period of time this steroid isn’t for you, but if you understand the hormone and what it can do then you may very well find it worthwhile. We then have the female factor and many of the female physiques you admire have been built in part on Anavar. It’s far more common than you might think. And that’s not surprising when we again consider the ease of this steroid in terms of side effects. 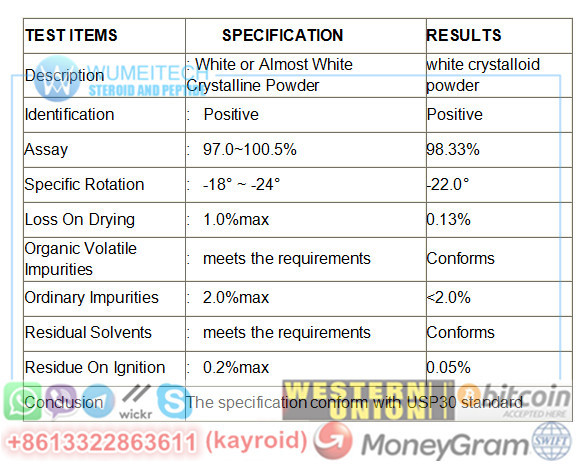 Anavar is a very popular anabolic androgenic steroid and is considered to be one of the friendliest in terms of side effects. This is one of the few anabolic steroids that carry with it a high rate of success among women, so much so it’s often referred to as “The Girl Steroid.” But this is a title that’s a bit misleading as it is highly effective in men, it just happens to be one of the few women can use without major issues.

Anavar is also one of the most underappreciated anabolic steroids because of its mild nature, but the lack of appreciation some steroid users hold is due to a either ridiculous expectations or simply a purchase of a poor product. Anavar is one of the most commonly counterfeited steroids to have ever existed.

The effects of Anavar can positively impact most any phase of performance enhancement. For the off-season athlete any weight gained will only be muscle tissue. Anavar does not aromatize and there will be no water retention, and like all anabolic steroids it cannot promote fat gain. Without question, regardless of sex the best time to see the positive effects of Oxandrolone will be during a cutting phase.

Anavar is also appreciated by many athletes looking to enhance performance but who are not necessarily looking to cut or bulk. Anavar has nice strength increasing properties, and because it’s not going to promote mass weight gain it’s a great choice for many athletes. This steroid will enhance recovery, a necessary factor for anyone who undergoes regular physical activity and should also significantly increase muscular endurance.

Anavar is an orally ingested anabolic steroid that is normally prescribed in the 5-10mg per day range with prescribed doses rarely surpassing 20mg per day. Use will normally last 2-4 weeks followed by a short break and repeating the cycle until the issue is resolved. Use of this nature may in some cases last indefinitely.

For the male anabolic steroid user, 20-30mg per day although a low dose will produce an anabolic bump. However, 40-50mg per day is far more common and effective. Some men will use as much as 80-100mg per day, but keep in mind this does increase the chance of side effects.

Female Anavar users will normally dose the steroid at 5-10mg per day. It’s not common for a woman to need more than 10mg per day, but if more is needed it can be increased by 5mg. Doses that surpass 20mg per day will almost assure some level of virilization. 6-8 weeks of use is standard with both men and women.

Anavar Oxandrolone Tips Analysis:
1. Save Money: The cost is only 40-60% of the normal cost.
2. Save Time:They take only a short time to prepare.
3. Convenient Ship:They are easier and cheaper to ship than amps or vials.
4. Safer Delivery: Less chance of your order getting seized by customs.
5. Better compensate :Unlike vials and Ampullas, they come with some refund / reship policy.