What is Fareston (Toremifene Citrate) ?

Fareston is a Selective Estrogen Receptor Modulator (SERM) and is one of the newer SERM’s on the market. Fareston first gained FDA approval in 1997 through GTx INC. and is manufactured in numerous countries across the globe. The compound is very similar to Nolvadex (Tamoxifen Citrate) and Clomid (Clomiphene Citrate) but is far more closely related to Nolvadex. 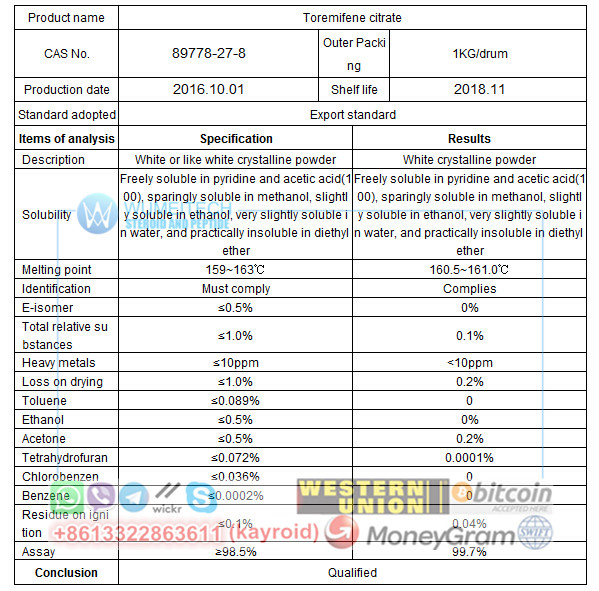 While a formidable opponent to breast cancer, Fareston is also suitable for anabolic steroid users. The SERM is an excellent choice in the fight against estrogenic side effects due to steroid supplementation. In fact, it may be the best SERM for this purpose. However, while SERM’s like Nolvadex and Clomid are also commonly used for Post Cycle Therapy (PCT) treatment plans, we will find Fareston is a poor choice for this period of use.

Toremifene Citrate (Fareston) is an anti-estrogenic medication, a SERM officially classified as a non-steroidal triphenylethylene derivative. As an anti-estrogen, Fareston functions by binding or attaching to the estrogen receptors in various tissues throughout the body creating a competition between it and the estrogen hormone. By attaching to the varying receptors this prevents the estrogen hormone from binding and performing its intended action. Primarily this will be beneficial in that it prevents the estrogen hormone from binding to the estrogen receptors in the mammary tissue. In fact, while other SERM’s carry this ability Fareston has been shown to carry it to the strongest level making it an excellent choice for the anabolic steroid user on cycle in the fight against gynecomastia.

In the fight against breast cancer, standard Fareston doses will normally be 60mg per day. The total duration of use is unpredictable and will be based on patient need. It’s not uncommon for treatment to last a year or two and then AI’s to be added if needed. Once the cancer is in remission, compounds like Fareston are commonly used to support the improved state.

For the anabolic steroid user combating gynecomastia, standard Fareston doses will fall in the 30-60mg per day range and will work very well for most men. If this is not enough protection, while you could try increasing the dose your best bet would be to move to AI use. You will find Fareston works very well in combating gynecomastia due to the use of any testosterone, Dianabol and Anadrol. You will also find it works well with Equipoise and Deca Durabolin.

Fareston (Toremifene Citrate) Analysis:
1. Save Money: The cost is only 40-60% of the normal cost.
2. Save Time:They take only a short time to prepare.
3. Convenient Ship:They are easier and cheaper to ship than amps or vials.
4. Safer Delivery: Less chance of your order getting seized by customs.
5. Better compensate :Unlike vials and Ampullas, they come with some refund / reship policy.